What is the International Conference?

The Conference provides a non-political forum for dialogue on humanitarian issues.

“The International Conference contributes to the unity of the Movement, to the achievement of its mission in full respect of the Fundamental Principles, and to the respect for and development of international humanitarian law….” (Article 10) 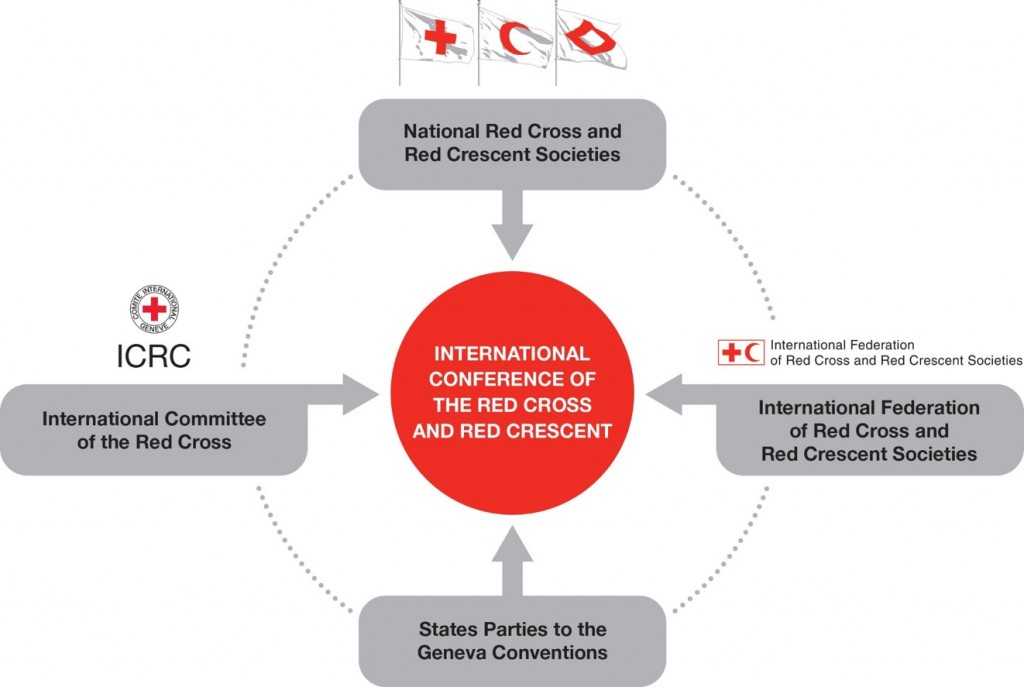 How does it work?

The Conference meets, in principle, every four years. It takes decisions in the form of resolutions, each member having one independent vote (i.e., each State and each component of the Movement).

In practice, and as encouraged under the Statutes, resolutions are generally adopted by consensus. Ongoing dialogue and consultations with and among Conference members help secure positive consensus outcomes to advance specific humanitarian objectives.

The Conference is conducted in accordance with the seven Fundamental Principles of the Movement – humanity, impartiality, neutrality, independence, voluntary service, unity and universality.

All Conference participants must respect the Fundamental Principles; all documents presented must conform to the Principles; and all debates must be free from political, racial, religious or ideological controversies.

The Conference is preceded by the Council of Delegates, comprising all components of the Movement, which adopts the provisional agenda of the Conference and proposes the Conference officers for election.

Members of the Conference

The International Red Cross and Red Crescent Movement is the largest humanitarian network in the world. Its mission is to alleviate human suffering, protect life and health, and uphold human dignity especially during armed conflicts and other emergencies. It is present in every country and supported by millions of volunteers.

The components of the Movement are:

The 190 National Red Cross and Red Crescent Societies are recognised and act as auxiliaries to their national authorities in the humanitarian field. They provide a range of services including disaster relief, and health and social programmes. In wartime they assist the civilian population and support the medical services of the armed forces.

The International Committee of the Red Cross

The International Committee of the Red Cross (ICRC) is an impartial, neutral and independent organization whose exclusively humanitarian mission is to protect the lives and dignity of victims of armed conflict and other situations of violence and to provide them with assistance. The ICRC also endeavours to prevent suffering by promoting and strengthening humanitarian law and universal humanitarian principles.

Established in 1863, the ICRC is at the origin of the Geneva Conventions and the International Red Cross and Red Crescent Movement. It directs and coordinates the international activities conducted by the Movement in armed conflicts and other situations of violence.

The International Federation of Red Cross and Red Crescent Societies

The general objective of the International Federation is to inspire, encourage, facilitate and promote at all times all forms of humanitarian activities carried out by National Societies with a view to preventing and alleviating human suffering and thereby contributing to the maintenance and promotion of human dignity and peace in the world.

Its strategic aims are to: Save lives, protect livelihoods, and strengthen recovery from disasters and crises; Enable healthy and safe living; and Promote social inclusion and a culture of non-violence and peace.

2) States Parties to the Geneva Conventions

The Geneva Conventions and their Additional Protocols are at the core of international humanitarian law, the body of international law that regulates the conduct of armed conflict and seeks to limit its effects.

The Conventions and their Protocols call for measures to be taken to prevent or put an end to all breaches. They contain stringent rules to deal with what are known as “grave breaches”. Those responsible for grave breaches must be sought, tried or extradited, whatever nationality they may hold.

The first International Conference was held in Paris.

The 9th International Conference (Washington) mandated the ICRC to visit and provide relief to ‘servicemen in captivity’, an early precursor to its present mandate to visit prisoners of war and civilians interned during conflict, as set out in the Geneva Conventions.

The 17th International Conference (Stockholm) adopted four draft conventions and recommended that they be presented to a Diplomatic Conference for adoption and signature – these draft texts were subsequently to become the present four Geneva Conventions of 1949, now universally ratified.

The Fundamental Principles were proclaimed by the 20th International Conference (Vienna).

The 26th International Conference (Geneva) welcomed the Code of Conduct for the International Red Cross and Red Crescent Movement and Non-Governmental Organisations (NGOs) in Disaster Relief. The Code, which celebrated its 20-year anniversary in 2014, is often referred to as one of the earliest efforts to promote standards and accountability in humanitarian action.